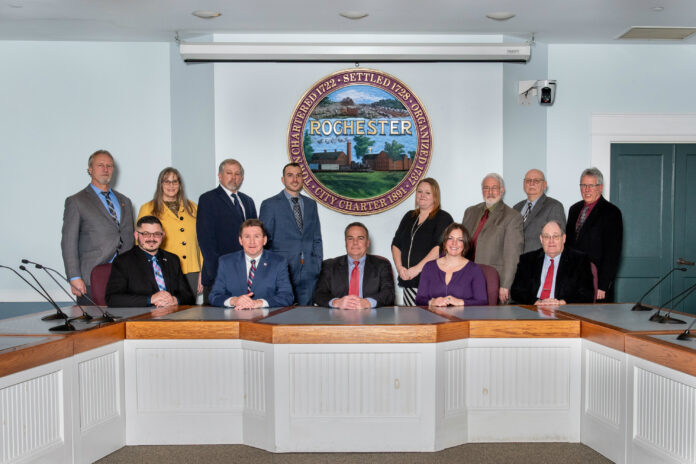 Immediately following the City Council trial accusing Councilor Christoper Rice of 4 counts of misconduct in office, Mayor Paul Callaghan, in a staff interview, condemned Rice’s alleged behavior, which was the ultimate catalyst for Rice’s expulsion from City Council on May 12.

According to the Mayor, the “City Council is no place for harassment, dishonesty, and retaliation.”

“The voters elected us with the expectation that we serve with decency and integrity,” said Callaghan. “Rice’s behavior is exactly what’s wrong with politics today. Locally, regionally, and nationally.”

According to Callaghan, the future is bright for Rochester, and “there’s no need for allegations like this to take all the air out of the room.”

“We have some incredible things happening right now in Rochester,” Callaghan continued. “It’s a shame that we’ve had another distraction like this, again.”

Referencing former councilor Doug Lachance, who resigned in 2021 amid allegations of sexual misconduct and providing drugs and alcohol to minors, appeared in City Hall on May 2 in support of Rice. The two were photographed together with Lachance holding a box of instant rice, proclaiming “I’m with Rice!”

One of the photos appeared in Foster’s Daily Democrat.

“A picture is worth a thousand words,” said Callaghan. “And that’s all I’m going to say about those two.”

Mayor Callaghan concluded by encouraging the press and people of Rochester to focus on more positive subjects like downtown revitalization, education, and a progressive Police Department, to name only a few.

“We are literally rebuilding our downtown after years of decline,” said Callaghan. “Rochester is on the rise and we need to put our energy into fostering this renaissance. I’m committed to supporting any effort that is going to show Rochester for what it truly is — the best city in New Hampshire.”

On Friday, May 20th, The City of Rochester held a ribbon-cutting ceremony for the...
Arts & Culture

The Franklin Gallery at RiverStones Custom Framing, 33 N. Main Street in Rochester, will...

On Friday, May 20th, The City of Rochester held a ribbon-cutting ceremony for the...
The Rochester Post